“It’s among the most important things I’ve been involved with at Rutgers,” says political science professor Dennis Bathory, visibly filled with pride. The object of his regard is the Lloyd C. Gardner Fellowship Program in Leadership and Social Policy, a yearlong seminar at Rutgers University–New Brunswick’s School of Arts and Sciences.

Launched in 2012, the program is the brainchild of donor John Adams, who wanted to create a new opportunity for elite scholarship at Rutgers. With a generous endowment from Adams RC’65 and his wife, Lizbeth, as well as guidance from founding director Bathory and current director Lisa L. Miller, also a professor of political science, the program brings together approximately 15 rising juniors each year to study public policy and the forces that shape it.

Stirred into this mix of lectures, group discussions, and high-profile guest speakers are two field trips of insider meetings and networking opportunities: a fall visit to the United Nations in New York City and a spring sojourn to Washington, D.C. The spring semester also entails an independent study project, supported by a $1,000 stipend for each fellow.

Graduates have gone on to study at Harvard, Yale, and Columbia, among other universities. Two students have won the prestigious Gates-Cambridge Award to attend Cambridge University, and several others have won Fulbright Scholarships.

“These are not students who are checking off boxes or just filling a résumé,” says Miller. What drives each Gardner fellow, she says, is an ability “to imagine herself in leadership positions, engaged with a larger world of ideas.”

Bathory, who continues to lecture the fellows, says the seminar is held together “by the students. It is the extraordinary students who make the program.”

Even so, it is named for a professor: Lloyd Gardner taught history at Rutgers for decades and influenced countless students, John Adams among them. “Gardner embedded in us a lasting intellectual curiosity,” Adams said when he announced the endowment in 2011. “He led us to look at our history in a critical, but constructive, fashion.”

A feeling of gratitude prevails in conversations about the seminar, and especially toward Adams and his vision. Abdul Rehman Khan SAS’14, RLAW’17, a fellow in the original 2012 cohort, sums it up by paraphrasing the late, great Toni Morrison: “Those with power have a responsibility to empower others. And creating the Gardner program is an example of that.”

Meet three of the Gardner Fellows 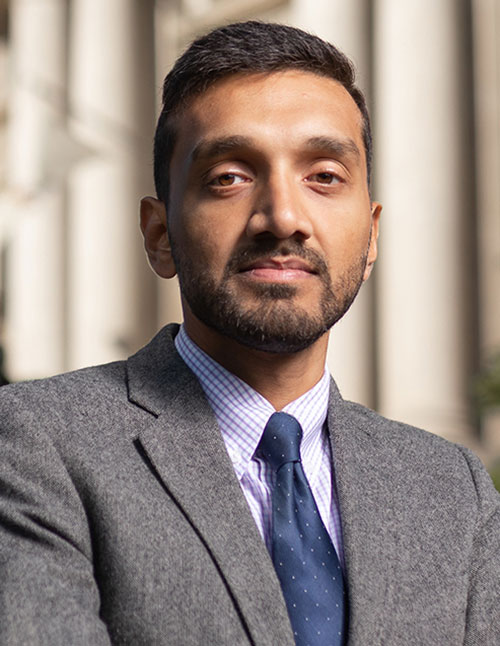 Already active in campus organizations aimed at social change, Abdul Rehman Khan wasn’t sure that becoming a Gardner fellow would help him question prevailing power structures. “In some ways, it was a risk,” says Khan. “But it was incredible. I learned a lot about asking the right questions, in the right way, from my Gardner classmates.”

After earning his law degree, clerking for an appellate court judge, and practicing commercial litigation in New York, Khan has a unique role with Newark-based law firm McCarter & English. “I do full-time pro bono work, specifically housing law and housing advocacy. About half my time is spent representing clients who are facing eviction and the remainder on policy fixes.”

Khan links what he’s doing with his experiences in the Gardner program. “There are global problems and inequities that require a lot of critical thought and action,” he says, “yet a lot of these problems are also extremely local.” His goal is to “connect those issues with larger human rights struggles and understand their impact on our local community.” 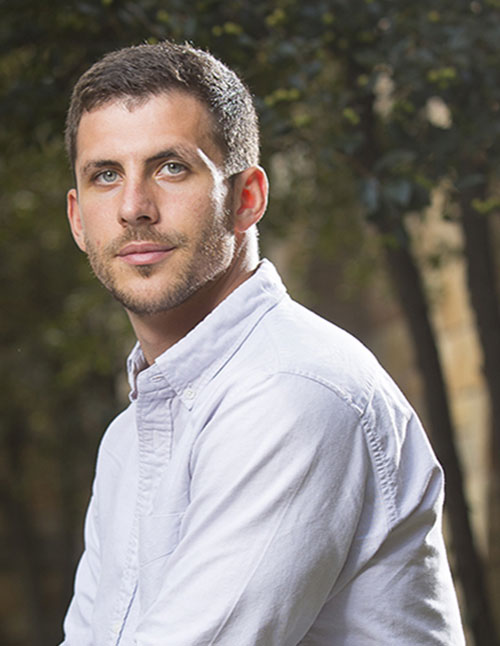 Learning “how to think” versus “what to think” isn’t a new concept, especially in academic circles. But as Zach White points out, it’s an important distinction—especially in today’s anti-intellectual political climate. White remembers Dennis Bathory and other Gardner faculty members challenging students to “think deeper. Have a justification for your beliefs.”

White cherishes the global outlook that was central to his Gardner experience: “For my research project, I was working on the issue of Kurdish rights in Turkey. Less than two years later, I was in Turkey on a Fulbright. I definitely kept my Gardner studies in mind—including a lot of our discussions of civil society.”

Having spent the past two years in the Peace Corps, White has begun graduate work in global affairs at Yale, where he will study ethnic conflict and solutions for it. His program invites “experts, known as Senior Fellows, from all over the world to work closely with us. And those opportunities remind me a lot of what the Gardner program offers.” 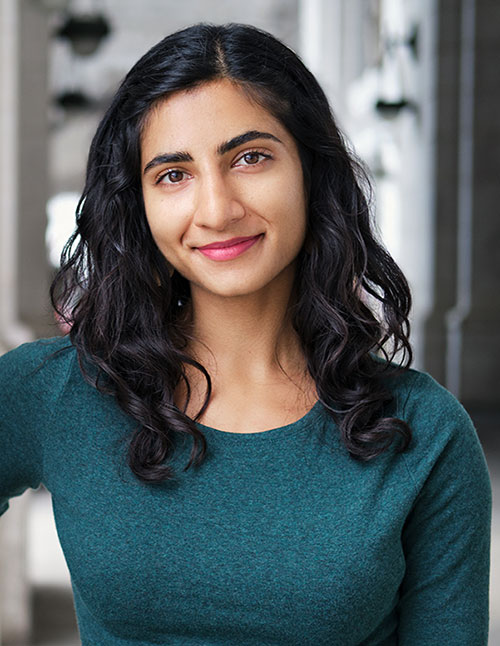 As technology becomes increasingly entwined with the life sciences, the field of bioethics is more important—and more complex—than ever. For Hina Walajahi, a bioethics research fellow at the National Institutes of Health, the pathway from her Gardner studies to her current role has meant embracing complexity.

Walajahi conducts research related to ethical questions in science and science policy, addressing the ethics of commercial genetic-testing companies and their marketing of products and services. The Gardner program, she says, shaped her ability to analyze a problem “from a bunch of different angles, to help assemble a policy solution.”

Inspired by Francis Barchi, her mentor in the Gardner program, Walajahi developed an independent research project drawing on bioethics as “a lens to address complex issues in health and medicine.” Barchi’s clinical expertise, like the seminar itself, was “very formative to what I’m doing right now,” says Walajahi.

Graduates of the Lloyd C. Gardner Fellowship Program are making names for themselves across a wide range of fields and disciplines, and they can connect with one another through the Gardner Alumni Council. To learn more, email gardneralumnicouncil@gmail.com.