Home  |  News and Stories | Benedetto Piccoli, the Joseph and Loretta Lopez Chair in Mathematics in Memory of Professor Leonard Bidwell

Understanding the World Through Math

Research conducted by internationally renowned applied mathematics scholar Benedetto Piccoli advances our understanding of how autonomous cars can improve traffic flow, how human crowds move, and how social determinants can impact health, to name just a few of his areas of study. Piccoli is the inaugural Joseph and Loretta Lopez Chair in Mathematics in Memory of Professor Leonard Bidwell and the associate provost for research at Rutgers University–Camden. 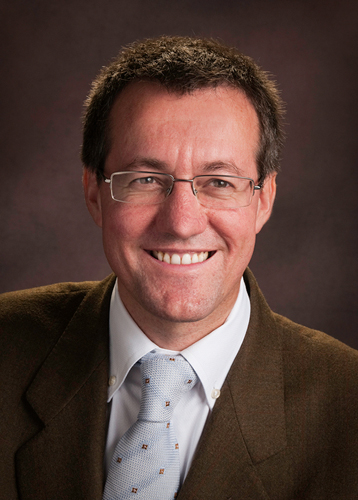 As an undergraduate at the University of Padua in Italy, Piccoli developed an interest in “modern math,” which is linked not only to numbers but more generally to theoretical ideas. Today, his research focuses on applying advanced mathematical methods to a wide range of issues in science, engineering, and health. His research interests include applied math, such as ordinary and partial differential equations, control systems, optimal transport, and evolution equations for measures. He applies math models to various domains such as social and crowd dynamics, vehicular traffic, network flows, biomedical and biomechanical systems, developmental biology, tuberculosis therapies, and biological rhythms.

His books include Multiscale Modeling of Pedestrian Dynamics, which analyzes crowd dynamics using insights from the study of cognitive processes behind the action of walking and how crowds of people move or interact.

Piccoli, who holds a doctorate from the International School for Advanced Studies in Trieste, Italy, is also an enthusiastic and beloved teacher. “I want to impart my passion to my students,” he says. In 2013, he received the Chancellor’s Award for Teaching Excellence after his students wrote letters supporting his nomination. “It meant a lot to me,” he adds.

He is carrying on the tradition of the scholar his professorship is named for, Leonard Bidwell, who taught mathematics at Rutgers–Camden until his death in 2002. The chair was established by Joseph S. and Loretta L. Lopez, who met at Rutgers–Camden as undergraduates. Marriage, three children, and four grandchildren later, they wanted to acknowledge the transformative impact Rutgers had on their lives.

“We wanted to give back to something that gave value to us,” says Joseph Lopez. Upon graduating from Rutgers in 1964, Lopez rose up the ranks within the organizations that would shape technology, including General Electric, RCA, and Landis and Gyr, a Swiss-owned company that later merged with Siemens, before launching his own firm, ILEX. “The degree that I got from Rutgers–Camden helped essentially to launch my career,” Lopez says.

The Lopezes’ gift did even more than significantly strengthen teaching and research at Rutgers–Camden—it also helped forge a friendship. When the Lopezes traveled to Rome a few years ago, Piccoli was their guide.

If someone asks you what “applied mathematics” means, what do you tell them?

I always think of applied mathematics as the use of math in tackling problems of interest to technology, science, and society. I was lucky enough to collaborate with other scientists, engineers, economists, physicians, and other researchers on many different problems, ranging from the best policies for issuing public bonds to controlling the debt all the way to the modeling of vehicular traffic. Thus, to me, math is everywhere!

What aspects of your work are most satisfying?

Collaborations with other researchers and outside entities give me the chance to explore different worlds and see the impact that math research may have. On the other side, I really enjoy also doing my math research at the blackboard in the old-fashioned style. I think that the pleasure of solving complicated problems and inventing new approaches is important to all math researchers.

What do you hope your students take away from your classes?

I teach at different levels, from undergraduate to Ph.D. In all classes, I hope to transmit the passion for math, which too often is seen as a “hard” subject. Also, I hope students will be less scared by math after my classes.

What impact do you hope your research has on the world?

Recently, we started working on tuberculosis therapies with the Gates Medical Research Institute; helping with this global health issue is very important to me. The battle against tuberculosis is hard and complicated, but even giving a little help in this direction could be very rewarding.