Scientist and his lab work to reveal the mechanisms of childhood diseases and develop therapies to fight them.

Derek Sant’Angelo is an associate director of basic science and a professor of pediatrics, pharmacology, and biomedical engineering at Rutgers’ Child Health Institute of New Jersey and division chief of Child Health Sciences at Rutgers Robert Wood Johnson Medical School. He is also the senior director of the Rutgers Genome Editing Shared Resource, a cutting-edge facility that has completed hundreds of projects that generate new reagents for research conducted by the Rutgers community. 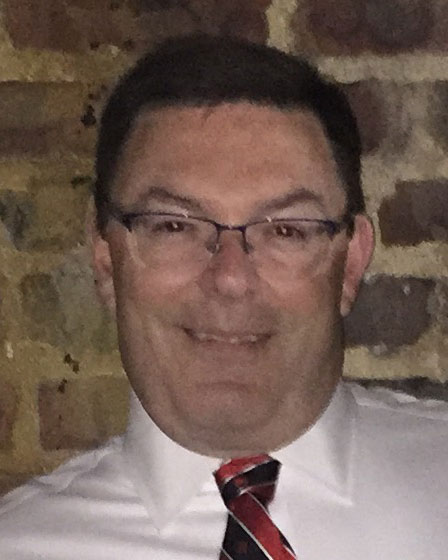 Scientists in Sant’Angelo’s lab work to understand the causes and biological mechanisms of childhood diseases and to translate research discoveries into prevention, treatment, and cures. Much of their research focuses on lymphocytes—cells in the immune system that help fight infection—and the ways in which malfunctions of these cells relate to the onset of diseases ranging from autoimmunity to asthma to metabolic disease.

Sant’Angelo earned a doctorate in microbiology and molecular genetics from Rutgers’ Graduate School–New Brunswick in 1993. He was a Howard Hughes Medical Institute postdoctoral fellow at the Yale University School of Medicine.

Sant’Angelo has been continuously funded by the National Institutes of Health (NIH) for more than 20 years. He has served on multiple NIH grant review study sections and several international review panels. In 2017, he received the Excellence in Research Award from the New Jersey Health Foundation.

What made you decide to come to Rutgers?

I felt that Rutgers offered me the best opportunity to continue the success of my research program and mentor outstanding trainees and junior faculty, while enabling me to have a significant impact on Rutgers’ growth as a world-class research institute. I can’t, however, disregard my family’s more than 50-year affiliation with Rutgers, including my father’s service as director of university studies from 1969 to 1975, two older brothers who graduated from Rutgers College in the late 1970s, and my time here as a graduate student in the early 1990s.

What is the most fulfilling aspect of your work?

Discovering something important and new that no one else in the world knows is a thrill. However, the satisfaction of seeing a student in my lab develop into a research scientist capable of making major breakthroughs is, without doubt, most fulfilling.

What do you hope students take away from studying with you?

How to recognize and answer the most important, impactful questions and how to critically and fairly question all the answers. That and understanding the satisfaction and beauty of running a well-controlled, well-designed experiment.

Where do you hope your research will be in 10 years?

My lab is identifying fundamental players that control multiple aspects of the immune response. We are on the cusp of understanding how our findings impact significant health issues in people. We are moving toward understanding the causes and developing cures for chronic diseases that are so devastating for children. Within 10 years, we hope to have developed cellular therapies that prevent or at least improve inflammatory conditions such as bowel disease, asthma, and metabolic disease.