Gary Rendsburg helps his students glean insights from some of the world’s oldest texts.

Gary Rendsburg is an internationally recognized scholar of ancient Israelite history. He is known for his scholarship in the literature of the Bible, the history of ancient Israel, the historical development of the Hebrew language, and post-Biblical Judaism, among other areas. 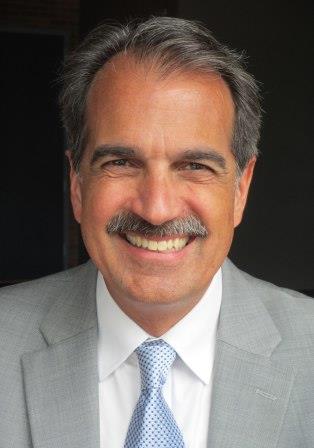 A professor in the Department of Jewish Studies at Rutgers University–New Brunswick, Rendsburg teaches Jewish history and religion with a special focus on the development of Judaism in the post-Biblical period. He is a sought-after speaker who has taught and lectured around the world, including at Oxford, Cambridge, Hebrew University in Jerusalem, and the University of Sydney in Australia. He played an instrumental role in confirming the authenticity of the Dead Sea Scrolls, the oldest legible and intact Torah scroll sheet known to exist.

Rendsburg holds a master’s degree and a doctorate in Hebrew studies from New York University. He is the author of seven books, most recently How the Bible is Written, which focuses on the original text of the Hebrew Bible/Old Testament and its linguistic virtuosity to give readers a richer understanding of the Bible and the artistry of its authors. He shares much of his research and teaching online, including on a website dedicated to the ancient and medieval manuscripts of the book of Ben Sira. The site allows scholars to view these texts—which reside in their original forms in England, France, New York, California, and Jerusalem—simultaneously.

What is the most important thing you hope your students take away from their studies with you?

In my courses on the Bible, the answer is: how to read a literary text. The skills are transferable, and the lessons learned in “Introduction to the Bible,” “Women in the Bible,” etc., are applicable to reading modern literature, analyzing a film, a play, an opera, etc.

In my courses on Jewish history, the answer is: the grand narrative of Jewish history from antiquity to the Middle Ages, a span of about 2,700 years (I do not deal with the early modern and modern eras, that is, the last 500 years). But the courses go far beyond Jewish history per se, since the history of the Jews can be understood only against the backdrop of the larger cultural context, including (in chronological order), the ancient Near East, Hellenism, the Roman Empire, Christianity, and Islam.

What aspects of your work are most rewarding?

Teaching! While I love my research, the most rewarding aspect of my work is teaching. I am energized by the classroom and opening the minds of young, talented, engaged, and intellectually curious Rutgers undergraduates.

I rank research a close second, especially as I travel the world to inspect medieval Hebrew manuscripts.  In 2019 alone, I visited the Vatican Library, the Cambridge University Library, the University of Sydney Library, and the Library of Congress (in all cases, travel made possible by the Laurie Chair).

An important discovery in Sydney (a Hebrew manuscript used as a binding fragment in an early printed book) is the subject of two forthcoming articles and a conference presentation.

You’ve taught and lectured around the world—do you find that people in different countries have relationships with the Bible and religion similar to Americans’ relationships?

Yes, I think they do. Jews and Christians, believers and nonbelievers, atheists, agnostics, and others: all who take the Bible seriously are captivated by the message, which continues to speak to people 3,000 years after the material was written, and are fascinated by the manner in which its exquisite prose and poetry are composed. I focus on all of this in my teaching and in my public lectures.

Which of your many achievements means the most to you?

Support the Blanche and Irving Chair in Jewish History