The experience of spending two weeks in Tanzania as part of a global health educational program opened nine Rutgers students to the realities of medicine in a low-income country.

Kristen Spichiger had seen plenty of kids with retinoblastoma, a cancer of the eye that commonly occurs in children. But she’d never seen anything like this one boy’s tumor in a rural clinic in Tanzania. For months, the boy relied on the traditional healer in his village to treat the tumor, and the treatments had been ineffective. Now, the tumor was so pronounced that, from a distance, Spichiger, a graduate student at Rutgers School of Nursing, initially thought the boy was wearing an eye patch. “That could have been caught so much earlier,” Spichiger says, “if only he had been here in the United States.” 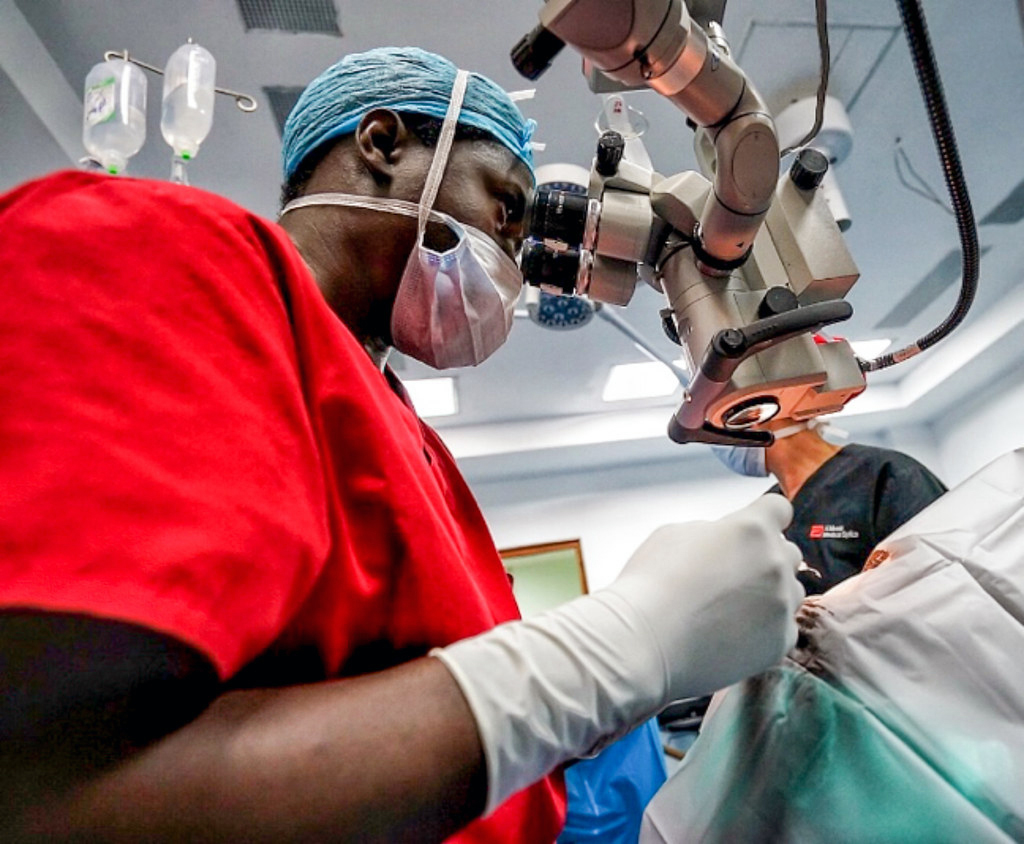 The harsh reality of healthcare in a low-income country was one of the many lessons Spichiger—along with eight other students—took away from a two-week global health education program held in Tanzania last January. The program, now in its fifth year, is cosponsored by the Rutgers School of Nursing and the University of Dodoma in Tanzania. A portion of the donations to Rutgers Global Health Institute during last year’s Rutgers Giving Day helped support this year’s program.

While designed as an elective for Rutgers nursing students, the study abroad program is, in fact, open to all students at the university. This year’s trip was attended by six nursing students (two graduate students and four undergrads), a pre-med student, a pre-physician assistant student, and one student at Rutgers School of Public Health who was moved to change her focus to nursing after the trip. For all who attend, the program has been life changing.

Suzanne Willard, the School of Nursing’s associate dean for global health and a core faculty member at Rutgers Global Health Institute, leads the program. She believes that Tanzania, a country of 35 million people in eastern, sub-Saharan Africa, is an ideal country in which to introduce students to the realities of global health. “There are wonderful people within the country’s health care profession who are really smart and very well educated and make really good clinical decisions with patients,” she says. “They just don’t have all the technology and supplies that we have.” A hospital serving several communities, for instance, may have only a handful of IVs or a single ventilator. That degree of scarcity was dramatically underscored for Kristen Spichiger when Suzanne Willard demonstrated how to turn a plastic water bottle into an inhaler spacer, a device that allows patients to deliver lung medication to themselves in a slow, steady stream.

The program benefits not just the Rutgers students who attend it but also students and faculty within the University of Dodoma’s department of nursing. “My personal philosophy in doing this kind of work,” Willard says, “is that you don’t just go and not give back.” Before leaving for Tanzania, for instance, all participants receive certification in teaching Stop the Bleed, a program sponsored by the American College of Surgeons that offers instruction on essential methods that virtually anyone can apply to stanch life-threatening bleeding. In Tanzania, participants then teach the same methods to more than 200 students at the University of Dodoma and some 100 health care workers around Tanzania—critical training, notes Willard, “in a country whose trauma systems are limited.”

In addition to teaching and observing at the university, students spend time in the labor and delivery and pediatrics departments at Dodoma Regional Hospital, as well as its HIV clinic. They also visit an HIV orphanage and a dispensary—a nurse-run clinic—in a rural area. For Ashley Lopez, an undergrad in Rutgers School of Nursing, the visit was eye opening. “At nine in the morning,” she says, “the line of patients was out the door. We found out that people in the area sometimes have to walk nine kilometers to get there.” She has a special interest in labor and delivery, and imagining a woman in active labor walking, or even riding a motorbike, for nine miles was, she says, “just astonishing.”

Experiences like that change students in a very profound way. Spichiger, for instance, says she’s likely to be more innovative after witnessing her Tanzanian peers. She’s also far less judgmental now of patients from other cultures whose beliefs about health and health care differ from her own. Lopez notes that the trip has increased her cultural competence, which she describes as “the ability to work with diverse populations of people and take their values and beliefs into consideration when it comes to their care.” She was surprised at how deeply she connected with her Tanzanian colleagues and their patients, and at the global perspective she gleaned from working with them. “I felt,” she says, “Like I was doing the work that I was meant to be doing.”

By Carrie Stetler   An endowed scholarship...