Home  |  News and Stories | John Kuo Wei (Jack) Tchen, the Clement A. Price Chair in Public History and the Humanities

Jack Tchen is a historian, curator, and writer whose research interests include the present, past, and future of American cities and metropolitan areas; racial/class/sexual identity formations; crosscultural communications; and bringing communities that have been excluded from historical narratives into public view. 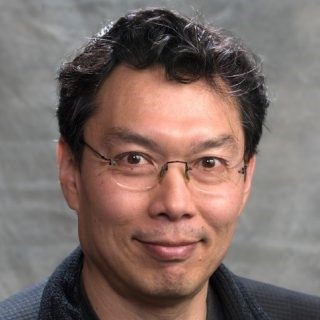 He is the inaugural holder of the Clement A. Price Chair in Public History and the Humanities at Rutgers University–Newark, established with a $2 million gift from the Mellon Foundation in honor of Clement A. Price, a professor of U.S. history and African-American studies at Rutgers–Newark who died in 2014. The Mellon gift was supplemented by additional funds from corporations, foundations, Rutgers alumni, and friends of the School of Arts and Sciences–Newark.

Price founded the Institute on Ethnicity, Culture, and the Modern Experience at Rutgers–Newark, which became a national model for how public research universities can engage the community through arts and humanities programming. After his death, it was named for him.

“I had met Clem over the 40 years of parallel struggles in opening up the public humanities and have a deep respect for his pioneering work in New Jersey and nationally,” said Tchen, who is also director of the Price Institute. “So for me to be the inaugural Chair and director of the Institute that bear his name is an incredible honor.”

When Tchen arrived in New York City in 1975, he helped organize the Asian American Resource Center of the Basement Workshop, a political and arts organization. After searching for documents and photographs to write the history of New York’s Chinatown, he realized that the history of the largest Chinatown outside of Asia had been obliterated. Eventually, he and his colleagues salvaged evidence of the area’s past and worked closely with the region’s hand laundry operators. The organization evolved to become the Museum of Chinese in America in New York City, which he cofounded and where he continues to serve as a senior historian.

Tchen now studies, analyzes, and re-presents—through a variety of media, including exhibitions, installations, websites, film, and video—the experiences of marginalized communities whose stories have been largely ignored by North American history. In building organizations, he has built collections and archives, and worked on how more inclusive and open structures of knowledge-building and public access can further democratize Anglo-American Protestant-defined histories of a white Christian political culture..

Though his projects appear to focus on Asians in the Americas, Tchen has always understood and written about these experiences in the context of larger frames of analysis and understanding. He has also worked alongside and in solidarity with emergent organizations, including El Centro Puertoriquenos at Hunter College, Studio Museum of Harlem, Museo del Barrio, Preservation of Weeksville Bedford-Stuyvesant History, City Lore, and the Smithsonian’s Center for Folklife and American Culture.

Tchen is the author or co-author of the award-winning books New York before Chinatown: Orientalism and the Shaping of American Culture, 1776–1882; Genthe’s Photographs of San Francisco’s Old Chinatown, 1895–1905; and Yellow Peril: An Archive of Anti-Asian Fear, a study of the history and impact of paranoia and xenophobia.

After serving on New York City’s Mayoral Advisory Commission on City Art, Monuments, and Markers in 2017, he cofounded the New York Newark Public History Project to research the dispossession and enslavement upon which the development and migration to our metropolitan region were built upon.

How do you describe your work?

Growing up, we didn’t have much spare change but it was always okay to buy books. Through reading and now research I have followed my curiosity and constantly dug deeper to uncover more questions. Among my earliest memories is my mother telling me about the British opium wars on China and its impacts on generations of our family fighting foreign domination. I learned this at home alongside the far less insightful textbooks about the United States in high school. This pursuit of better questions defines my life’s work—I’m always looking at the foundations of operating assumptions to see what deeper truths we can find. And as someone who tries to build sustainable organizations, I prize what can be called reflective practice, or what John Dewey called “learning by doing.” This means I’ve made a lot of mistakes along the way!

What aspects of it are the most personally satisfying?

I love the feeling of “flow” when I’m deeply immersed in research, which means both exploring something I don’t know anything about but also necessarily searching and sorting and trying to open up my own limited understandings. I love doing this with students in which we co-discover pasts, presents, and futures of their lives and their families’ lives that are intermingled with each other and many cultural histories. It’s personally satisfying, when done right, but also reaffirms a sense of our larger selves as socially and historically embedded.

What do you hope your students take away from their work with you?

I want my students to give permission to themselves to research issues and questions important to them, their lives, and the networks they thrive best in. At Rutgers–Newark, we have many recent immigrant and refugee students. I want to support their deepest desires to pursue the questions foremost at the core of their being. Often these are questions their parents and families have raised but didn’t have the luxury to ask and keep asking.

Was there anything about Rutgers that surprised you?

Yes, I’ve found a radical openness to making change happen in action, not just talk. I have been surprised and delighted to find a Newark campus and surrounding communities so open to making more just and creative futures imagined and tested on the ground. This is a special place at a special time. For me this is a once-in-a-lifetime opportunity to open up true alternatives to historical and present injustices, but to also work together to grapple with global warming and climate change inequalities unfolding before us.

What questions are you grappling with now?

I’m dealing with the underlying structures of U.S. political culture upon which industrialization and immigration were built—the unacknowledged history of dispossession and enslavement. This has led me to collaborating with Lenape/Lunaapeew bands from New Jersey to Wisconsin and Ontario to understand how the emergent plantation system in our estuarial region necessitated the Atlantic world enslavement trade. This Western Protestant Europeanization of North America also meant the rapid, rapacious extraction of the peoples, creatures, and plants, plus lands and waters to European monarchies and later the building of Euro-North American urban centers. We now know this world-changing rate of industrial development was the beginning of the accumulation of global warming that we are now dealing with the consequences of. Questions of climate change are linked to questions of historical social injustices. We have to rewire and hack how and what we do now to stand a chance of reducing the harm of disastrous weather events already unfolding, and soon to be cascading.