Researcher is revealing the role of genes in understanding disorders like Tourette’s and others.

In 2017, Jay Tischfield, an authority on genetics and the biology of disease, broke new ground in the study of Tourette’s disorder by identifying cell mutations that contribute to the disorder, also known as Tourette syndrome. Tischfield was a co-author of the study, which was published in the journal Neuron. 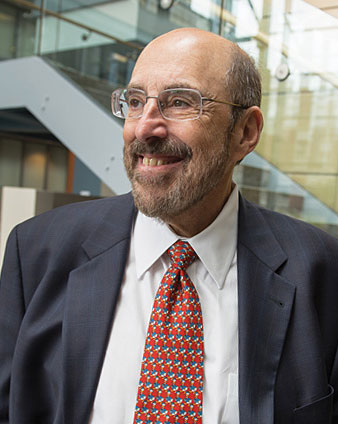 Tourette’s disorder is a neuropsychiatric condition characterized by involuntary movements and uncontrollable vocal sounds. Tischfield’s study provided a first look at the types of genetic pathways that Tourette’s affects and how they impact nerve cells in the brain. The study also provided insight into the medications that would most effectively treat genetically distinct groups of people with the disorder. Tischfield conducted his research with Gary Heiman, an associate professor in the Department of Genetics, and the Tourette International Collaborative Genetics Study.

In addition to his groundbreaking work on Tourette’s disorder, Tischfield’s research on genomic stability and instability in cells, and on the genetics of numerous diseases—including inherited kidney stone diseases, alcoholism, nicotine and opiate addiction, and autism—has been published widely.

Tischfield, who earned his doctorate from Yale University, is a diplomate of the American Board of Medical Genetics and a fellow of the American Association for the Advancement of Science. He has received two major National Institutes of Health grants, one to further study the genetics of Tourette’s disorder and the other to co-direct the National Institute of Mental Health Center for Collaborative Genomics Research on Mental Disorders.

“Because I have been fortunate in obtaining federal grant support for my research,” he says, “I have been able to direct the MacMillan endowment income toward the support of undergraduate laboratory experiences, particularly summer scholarships. These funds have provided valuable research assistance but, most importantly, have provided the impetus for several students to undertake careers in biomedical research by going on to graduate school.”

The Duncan and Nancy MacMillan Chair in Genetics was established by Duncan RC’66 and Nancy MacMillan to help Rutgers enhance the understanding of the molecular mechanisms of cancer, accelerate genomics science and technology, and translate discoveries in genomics into improvements in cancer prevention, detection, and treatment.

What medical research breakthroughs do you expect to see in the next 10 years?
We are on the threshold of the application of precision medicine approaches to many diseases. There will be a greater use of personal genomic data for treatment and cures. In particular, I anticipate advances in the treatment of neuropsychiatric disorders such as autism, schizophrenia, and Tourette’s disorder.

What is the most satisfying aspect of your work?
In addition to research accomplishments, noting the many successes of current and former undergraduate and graduate students.

What aspect is most challenging?
The increasing difficulty of getting research funded, though I have been comparatively fortunate in this regard.

How would you describe the undergraduates you work with?
Eager to discover new ideas and facts and open to a world of possibilities.