Fruits of Their Labor

An international expert on employee ownership studies how workers can share in a corporation’s success.

Joseph R. Blasi is an authority on employee share ownership, a practice in which a company includes its employees in equity ownership or makes shares available to some or all of its employees. While it’s a common phenomenon in the United States, the practice didn’t have a major academic home and research effort behind it until the creation of the Beyster professorship at Rutgers’ School of Management and Labor Relations. 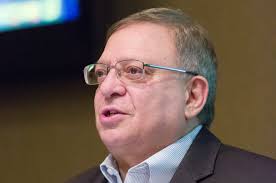 Blasi, the inaugural holder of the Beyster professorship, focuses his research and teaching on employee share ownership, broad-based stock options, profit-sharing, and the social and economic history of the corporation. He also devotes significant time to mentoring students, advising them on research and careers.

Blasi directs Rutgers’ Institute for the Study of Employee Ownership and Profit Sharing, which examines current and emerging models of employee ownership and profit sharing both nationally and throughout the world, particularly models that broaden employees’ access to the rewards of their work. “Workers need their weekly pay to live,” Blasi says. “Equity ownership is the fruit of labor.”

Blasi holds a doctorate in education from Harvard’s Graduate School of Education. He previously was a member of the Institute for Advanced Study in Princeton, where he was the Mellon Foundation Fellow in the School of Social Science and the William D. Loughlin Member of the School of Historical Studies. He belongs to the Academy of Management, the American Historical Association, the American Sociological Association, and the Labor and Employment Relations Association.

He is the author or editor of 15 books, most recently The Citizen’s Share: Reducing Inequality in the 21st Century, written with Rutgers colleague Douglas Kruse and Harvard economist Richard Freeman. His journal articles have appeared in Industrial and Labor Relations Review and British Journal of Industrial Relations.

The Beyster chair was established by nuclear physicist and entrepreneur J. Robert Beyster and the Foundation for Enterprise Development. Beyster, who started the San Diego-based Science Application International Corp. in 1969, was one of the first technology industry leaders to offer stock and profit sharing and stock options to employees. He established the Beyster Foundation for Enterprise Development, which has supported the School of Management and Labor Relations for more than 10 years, and committed $2 million toward the endowed professorship.

Find an area to support that you care about: access to college, health care, innovative research, arts, sciences, and more.