Research at the Smallest Scale

A pharmaceutical scientist studies the use of nanotechnology—the manipulation of atoms and molecules—to treat cancer and other diseases.

Distinguished Professor Patrick Sinko is a pharmaceutical scientist and a professor of pharmaceutics at Rutgers’ Ernest Mario School of Pharmacy. His lab focuses on biopharmaceutics and molecular-, nano-, and microscale drug delivery to treat or prevent HIV/AIDS, breast and lung cancer, and chemical terrorism. 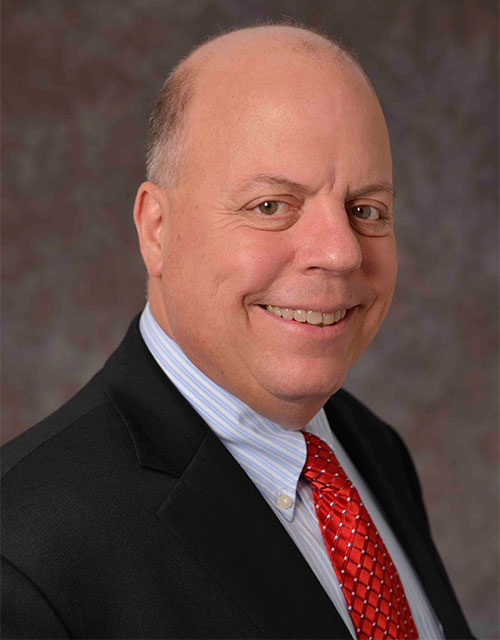 He credits the endowed chair funding with enabling him to provide high-quality research training to the next generation of scientists and to maintain an internationally competitive research group. The National Institutes of Health (NIH) also has funded Sinko’s research for more than 25 years.

Sinko has testified before Congress on the state of nanotechnology and research and development in China and its implications for America’s competitiveness abroad. The China State Administration of Foreign Experts Affairs designated him an expert in pharmaceutical sciences, and he has served on many scientific advisory and review panels in China, Korea, Europe, and the United States. He also was a distinguished visiting professor at Fuzhou University’s College of Chemistry in China.

The Parke-Davis Professor of Pharmaceutics was established by the Warner Lambert Foundation.

Which of your many achievements matters most to you personally?

I consider my most significant achievement to be the people who have passed through my lab, who have trained and moved on to successful careers in academia, industry, and government positions.

How would you describe the students you work with?

What is the most challenging aspect of your work?

While academia gives you the freedom to follow your own research path, the financial realities of funding make that much more difficult. Flexible sources of funding allow us to be more creative and they are sorely lacking. (I could go on and on as well about the paperwork burden and how it has increased exponentially over the past 10 years!).

What advice would you give to a young person who hopes to follow your career path?

I tell young scientists to work hard on things that count and that other people can benefit from. Also, it is vital to stay focused but be open to new ideas and experiences and learn from those experiences, especially the failures. Failure means that you are trying, but use it as a tool to learn and succeed. My cousin gave me a plaque that has a quote from Albert Einstein on it. It says “If we knew what it was we were doing, it would not be called research, would it?” It kind of sums it up nicely.