How two Rutgers medical schools helped ensure the safety and efficacy of two major COVID-19 vaccines, and will continue to monitor them in the coming months.

As the nation makes the final push this summer to vaccinate as much of the population as possible, the tremendous achievement of pharmaceutical companies Moderna, Pfizer-BioNTech, and Johnson & Johnson in developing three effective COVID-19 vaccines cannot be overstated. Emergency use authorization of the vaccines by the U.S. Food and Drug Administration—accomplished in less than a year as part of the federal Operation Warp Speed initiative—hinged on the results of clinical trials, which represent stages of testing on humans. Each phase of a trial requires more and more volunteers for evaluating the safety and effectiveness of the vaccine. For Phase III, involving thousands of participants undergoing tests at sites worldwide, Moderna and Johnson & Johnson enlisted Rutgers to conduct the critical trials.

Jeffrey Carson—a Distinguished Professor of Medicine at Robert Wood Johnson Medical School and a provost at Rutgers Biomedical and Health Sciences (RBHS)—was the principal investigator at Rutgers for the Johnson & Johnson trial, the company’s second largest, with 840 participants out of close to 44,000 nationally. Shobha Swaminathan—an associate professor in the Department of Medicine at New Jersey Medical School and medical director of the infectious diseases practice at University Hospital in Newark—was the leader of the clinical research site for Moderna, which was one of two in New Jersey and which had 57 participants of the 30,000 nationally. Rutgers was chosen because of its vast experience in administering clinical trials and because Rutgers could recruit volunteer subjects from New Jersey communities particularly hard hit by COVID-19.

As the race for a vaccine began at the start of the pandemic, Johnson & Johnson was aware that Rutgers had begun a large study to evaluate hundreds of health care workers who had direct patient exposure and non-health care workers who had no direct patient contact. “We made the case that because we had permission to contact these participants for future research,” Carson says, “it would serve as a starting point for recruiting people into a vaccine trial.”

New Jersey Medical School made sense, too. Its Research With a Heart site, which already had been funded by the National Institutes of Health for about 15 years, had conducted multiple HIV and hepatitis clinical trials. “The experience and trust in our clinical site made it easier to pivot to the COVID-19 clinical trial,” says Swaminathan. “Given the rapid timeline required to develop the COVID-19 vaccine studies, clinical sites that were connected to the community, were trusted, and had a record of effectively conducting clinical trials were needed rather than building one from scratch. We didn’t have that kind of time.”

There was a lot of initial spadework before the trials commenced, such as securing contracts, hiring and training additional staff, and getting the word out in the community. For the Johnson & Johnson trial, the university got permission to send emails to the Rutgers community and alumni who live nearby, notifying them that Rutgers was part of a vaccine trial. After giving their consent online, potential participants were asked by the trial team to complete a confidential survey containing their medical and personal information.

“Using all these avenues, including the study of health care worker participants,” says Carson, “we were able to identify about 6,000 people who were eligible for the vaccine trial. Success in clinical research doesn’t happen by chance. Because we were trying to recruit so many people, most of our staff in the clinical research units became dedicated to this study. That made the difference.”

After initially concentrating efforts in Essex County, which was heavily hit by the virus, Swaminathan and her team expanded elsewhere in New Jersey. Participation was voluntary and required those involved to provide their informed consent—after they had received a detailed overview of the study, including possible benefits and side effects. “Participants also had the option to leave the study at any point,” says Swaminathan. “Participation in clinical trials is the only way we can find answers that will ultimately help us all to overcome the COVID-19 pandemic.”

Early in their medical careers, Carson and Swaminathan learned the value of clinical trials for treating and caring for patients. As a fellow at the University of Pennsylvania, Carson performed observational research, which made it clear to him that clinical trials were the gold standard. Carson also did a sabbatical at Oxford University, where he worked with leaders in clinical trial methods and wrote his first National Institutes of Health grant for a clinical trial that evaluated transfusion thresholds in patients undergoing hip-fracture repair. “No doubt, clinical trials have the greatest impact on how patients are cared for,” Carson says.

Swaminathan was introduced to the value of clinical trials through her research interest in hepatitis and HIV. When she came to Rutgers in 2004, treatment options for people infected with hepatitis were very limited. “This piqued my interest because I had many hepatitis B patients and didn’t know how to treat them,” she says. “This pushed me to want to have treatment options for them—which is how I got introduced to clinical trials. Over the years, most of these patients have been successfully treated, with some completely cured of the disease. These successes have been leveraged into other clinical trial opportunities to help save more lives in other disease areas.”

Once the COVID-19 clinical trials were successfully concluded, with the efficacy and safety of each vaccine ascertained, the U.S. Food and Drug Administration issued emergency use authorization for the Moderna and Pfizer-BioNTech vaccines in December 2020 and, two months later, for the Johnson & Johnson vaccine, which had the added benefits of requiring only one shot and not having demanding shipping and storage criteria. Help was finally on the way.

For Carson and Swaminathan and their teams, the work is not over. They will follow up with the participants over the next two years, checking for new infections and doing blood tests to check for immunity. In the meantime, the public is being encouraged to get any one of the authorized vaccines when one is available.

“As I have been saying over and over, take the first vaccine that you can get; don’t sweat which one it is,” says Carson. “The sooner we can vaccinate the country—and the world, of course—the better off we are and at less risk for a COVID-19 variant.”

Read about Rutgers’ Center for COVID-19 Response and Pandemic Preparedness. 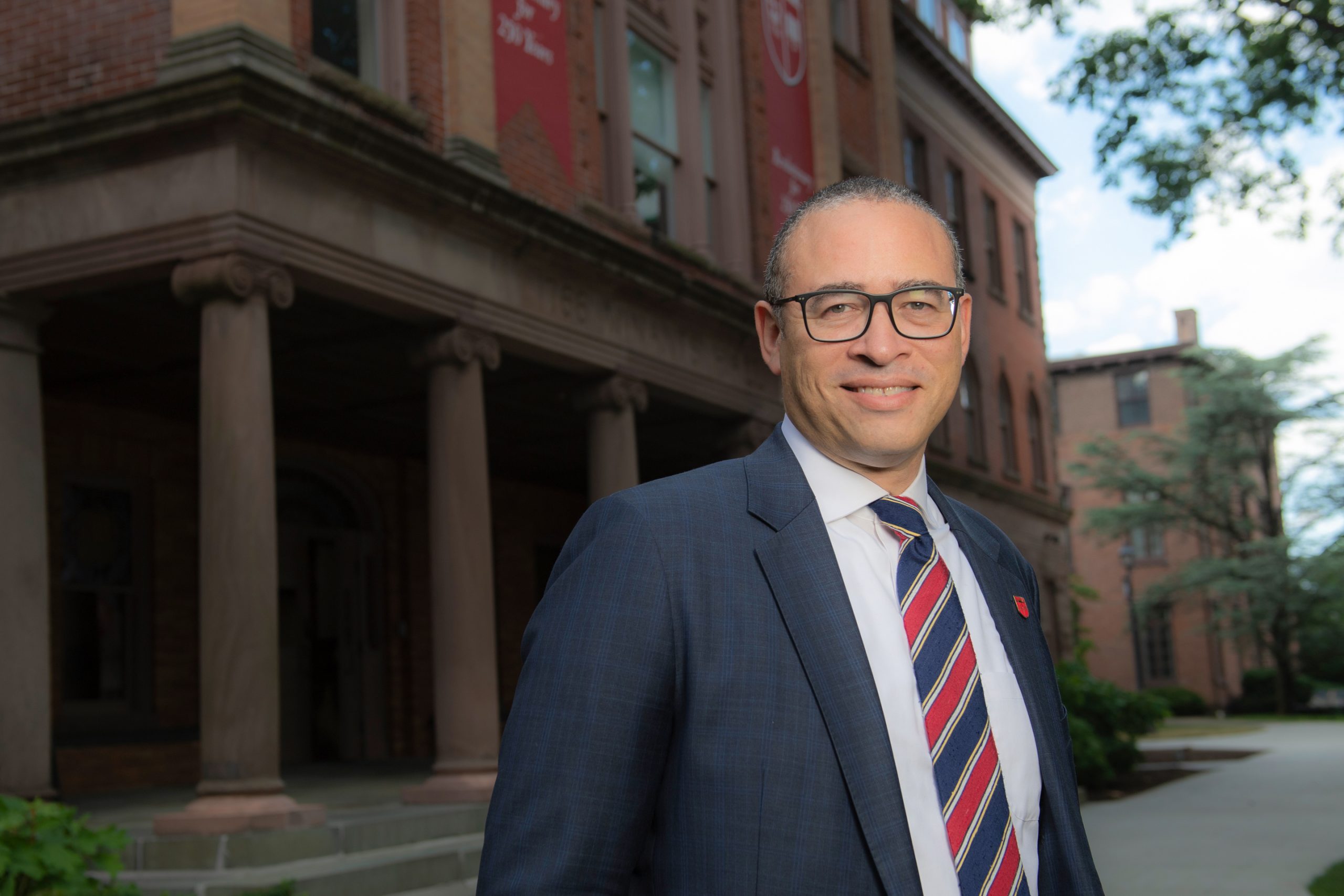 Shortly after assuming the presidency in July...

While national events roiled the 2020 election,...