The Art of Opportunity

Home  |  News and Stories | The Art of Opportunity

George Tsacnaris holds many records, streaks, and firsts. He has the record for most Rutgers athletic events attended in person during any academic year. He owns, and appears in the background of, Michael Jordan’s rookie basketball card. For years he went to every New Jersey Nets game—including in the Nets’ early years, when the team played at the RAC. And he was the very first philanthropic investor in the Rutgers Future Scholars program. 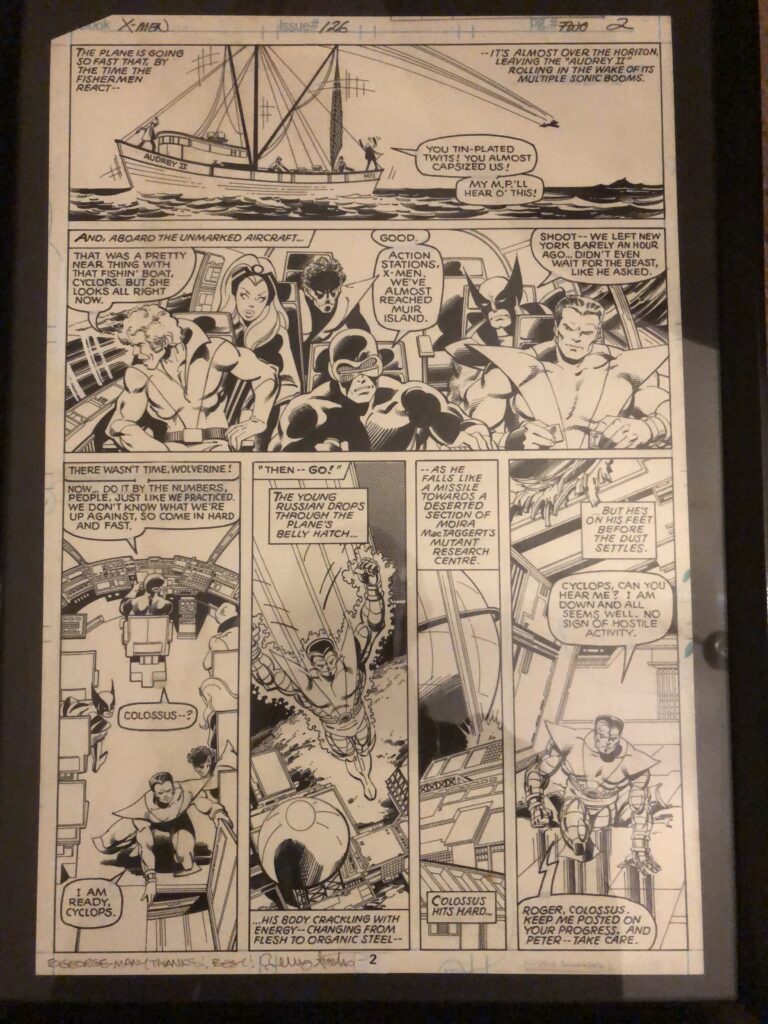 Tsacnaris RC’82 also may be the first Rutgers alumnus to convert comic book art into something that helps the next generation sketch out a brighter future.

Back in 1980, he bought something on a whim, and it ended up becoming extremely valuable. Tsacnaris, a lifelong comics collector, regularly visited the local comic book stores in New Brunswick, where he was a Rutgers sophomore, and dropped in on the comic book conventions in the area. It was at a New Jersey comic book convention that he purchased art for the first time, and he happened to buy it from artist Terry Austin, who partnered with John Byrne and became highly admired fan favorites for their work together.

The work in question? A piece of Marvel X-Men comic art, from Uncanny X-Men #126, featuring the series’ iconic Wolverine character.

“I had never purchased art until then,” Tsacnaris says of his 1980 buy. “And I thought you know what? It was $40, and he signed it. I just picked the one that was most appealing to me.”

For the next four decades, that piece of X-Men art resided in Tsacnaris’ extensive collection, which grew to more than 22,000 comic books and pieces of comic book art, along with an extensive array of basketball cards.

Tsacnaris says, “One Saturday night I was doing my cataloguing—I keep a spreadsheet—and saw this picture in a frame. I thought maybe it was worth 500 bucks. Then I did some research and thought maybe it was worth more.” He was right. In September, he sold the X-Men piece at auction for more than $30,000, contributing the proceeds to Rutgers’ Rodkin Academic Success Center and the Scarlet Promise Grants initiative.

“This gift is pretty amazing,” says Rutgers University Foundation President Nevin Kessler. “I love the fact that George is willing to connect his passion for collecting with his passion for helping our students. He’s been just a great friend to Rutgers over the years, and in so many ways.”

Comic artists Byrne and Austin drew 35 issues of the X-Men comic book at the peak of the title’s popularity, producing about 900 one-of-kind art pages. Each page required the efforts of two artists; a penciler, who drew characters and scenes, and an inker, who created the layers of color that helped bring them to life. In the early days of comics, “no one gave a flip” about the art, and publishers typically disposed of it after completing a book’s production. Artists, realizing fans would pay for the pages, began holding on to them and selling them at conventions like the one Tsacnaris attended in 1980. As the X-Men comic books and movies grew in popularity, the art grew in value. 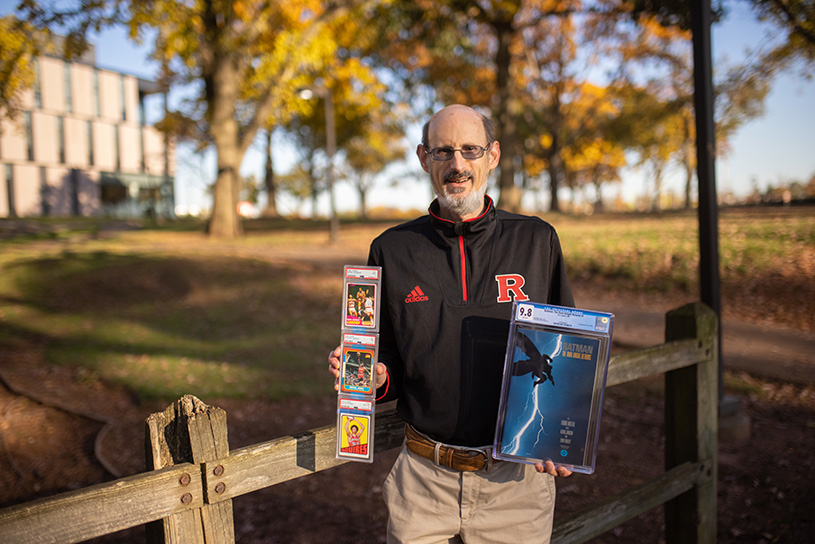 In the meantime, Tsacnaris, who majored in computer science, collected professional successes as well. Hired by Bell Laboratories upon his Rutgers graduation, he has remained with the company ever since, through its many incarnations and owners, including its current iteration as iconectiv, based in Bridgewater. Among his accomplishments—a patent on the technology that enables porting telephone numbers from one service provider to another.

And he has extended his professional achievements to Rutgers students as well, hiring several of them over the years. He is particularly proud of his work with Rutgers Future Scholars, the program that offers hundreds of academically promising New Jersey middle school students from New Brunswick, Piscataway, Newark, Camden, and Rahway the opportunity for a college education through mentoring and, if successful, full tuition scholarships.

“I started to take advantage of the pipeline,” he says. I got to see another side of Rutgers—got involved in different things. One of the towns that benefits is Piscataway, where I live. That’s important.”

Tsacnaris’ philanthropy is long-running and broad, totaling more than $1 million, and he has included Rutgers as the primary beneficiary of his estate plan. Frequently his giving has focused on access to higher education for talented students. He has created the George M. Tsacnaris Endowment for Rutgers Future Scholars and the George Tsacnaris Annual Field Hockey Scholarship, and he most recently threw his support behind Scarlet Promise Grants. His passion for Rutgers Athletics also led him to support a raft of additional athletics efforts, including the Gary and Barbara Rodkin Academic Success Center, in which he has named the women’s soccer program head coaches office. He credits foundation staff Drew Kaiden and Maggie Long with helping him shape his philanthropy to the impact he wants to create at Rutgers.

About his latest contribution, he simply says, “I’m glad I did it. I feel really good about it.”

To celebrate the memory of Rutgers neurology...

Getting Students off the Ground

Alumna remembers her own challenges paying for...

Studying the Religious Origins of Nonviolence

The Power to Change Lives

A Prescription for Success

“Not only is Mr. Concannon’s generous pledge...

After retiring from a successful career as an...

The gift from the Browns is the third...

The gift from Gary and Barbara Rodkin is the...

Donation Made in Edison Teen’s Memory to Aid Pediatric Patients

“Our hope is that the families who benefit from...

“I hope that my gift provides increased...

By recently pledging a seven-figure gift to the...

Marlene Brandt has a vivid memory of the moment...

An Early Advocate for Sex Ed